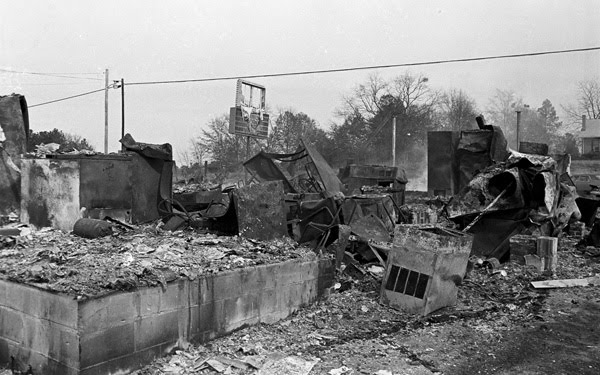 Although witnesses saw it early, and the Soperton Fire Department responded, the Coleman Restaurant in Tarrytown burned to the ground during the night. The building was originally one of the earliest gas stations in the area, and the family had added to the facility. It was known for it's barbecue, fried chicken, chicken and dumplings, and Thursday night all-you-could-eat chitterlings. It was popular with truckers, and train crews stopped for a few minutes to pick up meals.

Did you know that you can download or print photos from Bill Ricks of Soperton?
Give copies to your friends.  Call about high quality enlargements.
Posted by BillRicksofSoperton at 5:43 PM