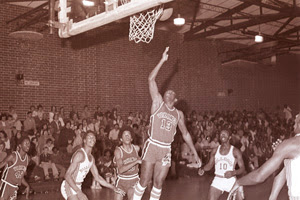 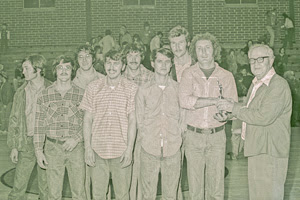 FEBRUARY 1977 SECOND WEEK
The Soperton Jaycees provided the winning team at the Donkey Basketball game, if there is such a thing as a winner in Donkey Ball. The organization has come and gone several times over the years in Soperton. There are strict high standards for attendance, membership, and other requirements, but they make quite a difference in the communities that can sustain them.

FEBRUARY 1977 THIRD WEEK
The Viking boys advanced to the play-offs, coming out second in the sub-region with a loss to Wheeler County. Both teams went to the region tournament, but the Vikings lost to Bryan County. The team was highly competive, but the region was among the best in the state.
Posted by BillRicksofSoperton at 4:18 PM