1975 When Radio Came to Soperton 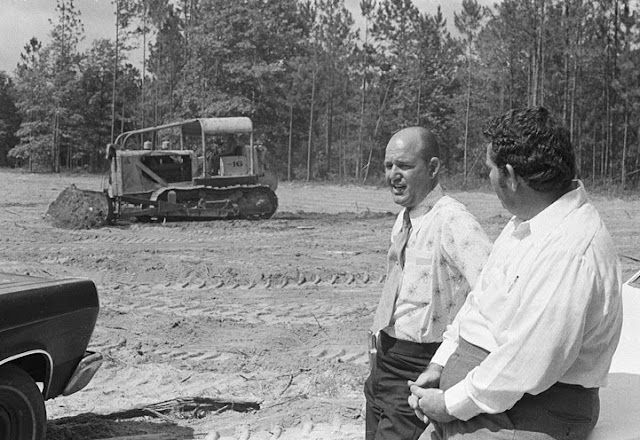 Historian Clayton Stephens was on top of the news, as he talked with Fred Tippet as land was being cleared at the WYOK antenna site. Tippet helped put Soperton on the map. I-16 construction was going on; a chamber of commerce was in its third year; the city had sponsored two successful Million Pines Festivals, cable TV was new, and James Windsor was in his fifth year making the Soperton paper one of the best in the state. Tippet must be remembered for giving us WYOK and what it meant. He and his employees gave us good publicity, news, music, and interesting DJs. He brought Gene Watson to the McArthur Gymnasium to sing "Love in the Hot Afternoon".  Feel free to comment on what the radio station meant to you.