I want you and all my friends to vote for Terry Coleman for Labor Commissioner.  Terry was one of my classmates at Georgia Southern back when the college had about 1700 students.  He was one of those who stood out from the crowd, not as a big man on campus or someone to seek the fame of student government. He was just a person who seemed to like everybody. He thrived on people with his great sense of humor and heartfelt compassion.

He came through Soperton frequently. Being from Eastman, that was his route to Statesboro. He drove an old Chevrolet with a red emergency light, as he was a volunteer fireman.  Like other freshman he was packed into Sanford Hall - three to the room, space hardly sufficient for two. Ask other Soperton students about him, and I'm sure that he would receive great reviews. Tommy Cullens, Hal Jones, Ray Dukes, Roy Gene Thigpen, all knew him well.

Coleman and I enjoyed a common experience, working in a grocery store.  He worked hard in his father's store in Eastman, just as I and my brothers did for Uncle Red.  What I remember most and what I admire him most was how he, as a teenager, took up the reins after the untimely death of his father to take care of the family and build the store into a business success.

During the Griffin - Sanders gubernatorial campaign of the summer of 1962, Coleman went to Atlanta and campaigned for his candidate. He personally called every GSC student he could find just to tell him that he was working for Marvin, and the rest of the conversation was about how we were doing and what was going on. He genuinely loved people.  He was a consummate politician, though younger, as my good friend Herbert Warnock was. 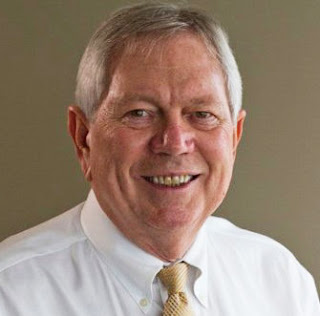 I want you to see his picture so you will know him when you meet. A lot of people say that he and Senator Jack Hill look alike.  Hill also was a Georgia Southern alumnus, and he knows the grocery business.  He has represented us well in Treutlen County. You can learn more about Coleman at his website:
http://www.terrycolemanforlabor.com/meetterry

William A. Ricks
http://billricksofsoperton.blogspot.com
Be sure to subscribe for daily email delivery of 'Bill Ricks of Soperton'
Posted by BillRicksofSoperton at 11:12 PM